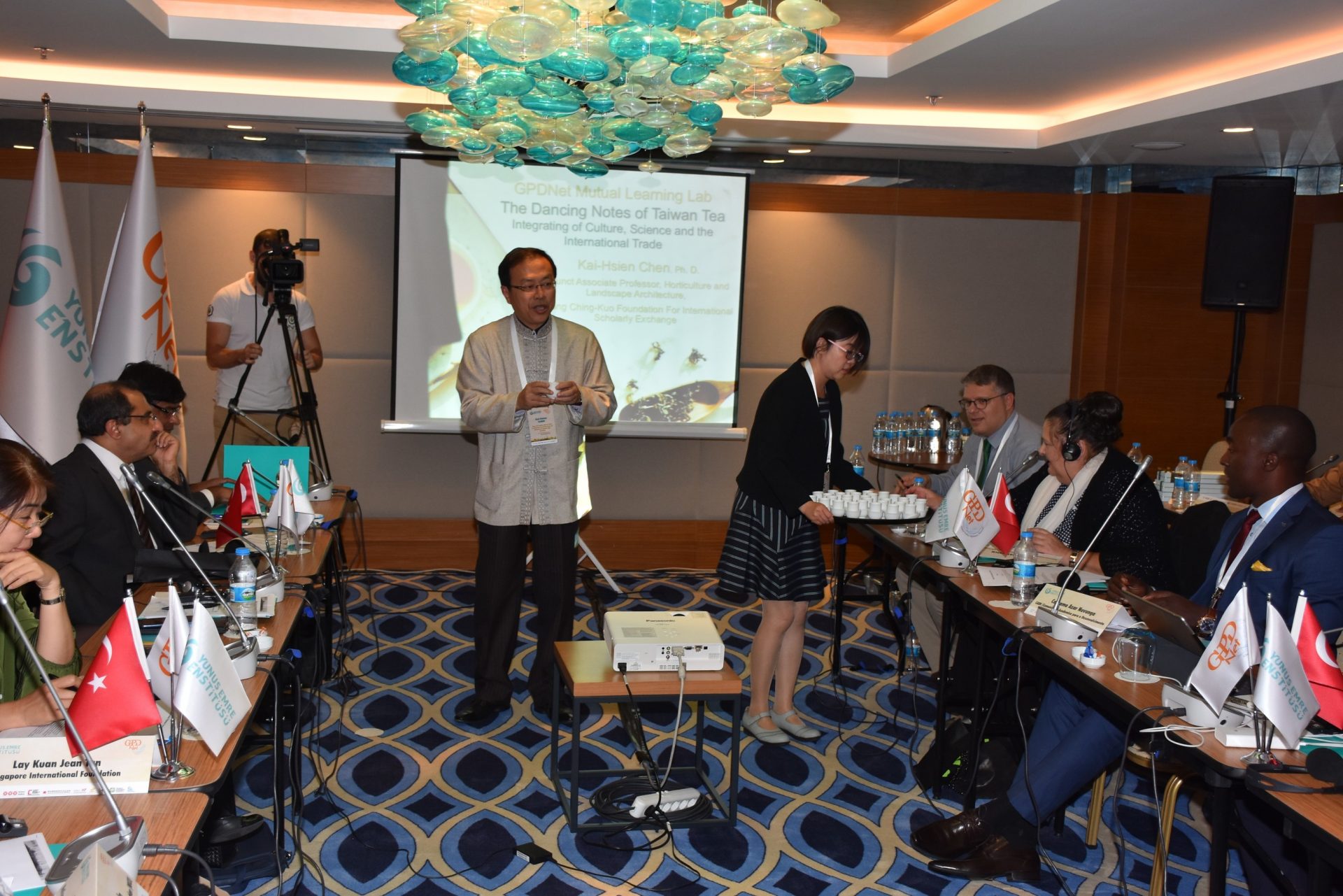 GPDNet’s 4th General Board meeting which was held in Istanbul between 19-22 October 2017 hosted social and cultural programs to spice up the Board’s agenda already busy with many brainstorming sessions as well as to enhance cultural interaction between member and candidate institutions. First, during one of the breaks, our guests Prof. Kai-Hsien Chen from the Department of Horticulture and Landscape Architecture at National Taiwan University and his wife Tung Shen (representing Chiang Ching-kuo Foundation/CCKF) delivered a seminar on the Oolong Tea Culture which we will not forget anytime soon. Their presentation on tea production and trade which actually has been making a major contribution to the economy of Taipei for hundreds of years offered the audience detailed information on history, society and culture. Stressing that not only the taste but the smell of the tea was just as important, our guests’ presentation continued with delicious rounds of Oolong tea service.

Secondly, after very tiring but equally intensive meeting of the 4th General Board, representatives were taken to a zestful adventure of Turkish food from the Ottoman to modern Turkish cuisine. They learnt much about the Turkish cuisine from its past and present!

Finally, representatives of all institutions participating the 4th General Board Meeting listened to Tuluyhan Uğurlu, one of Turkey’s most prominent pianists, at his public performance at the Grand Bazaar in Istanbul on 22 October 2017, which had been a real feast of music for everybody. Historical visuals accompanying Tuluyhan Uğurlu’s piano recital titled “Mustafa Kemal and Soldiers of the Sun” in honour of October 29, the Republic Day, marking the proclamation of the Republic of Turkey, had offered a real walk in the history of Turkey for all members of the Network. 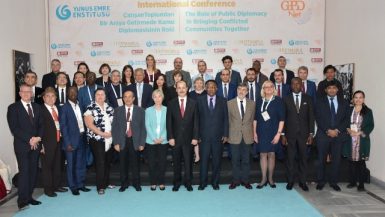 Resolutions of the 4th Board Meeting of the Global Public Diplomacy Network Oct 31, 2017