The Chiang Ching-kuo Foundation for International Scholarly Exchange was formally established on January 12, 1989, being supported by both the ROC government and private organizations, while also earning distinction as Taiwan’s first international academic organization.

The inspiration for establishing the Foundation dates back to the year 1986, when Choyun Hsu, Ying-shih Yu, Kwang-chih Chang, and other scholars of Chinese descent at major North American universities felt increasing concern for the decline of Chinese Studies, and wrote a joint letter urging ROC President Chiang Ching-Kuo to establish an international foundation to promote Chinese Studies worldwide. President Chiang Chingkuo concurred with their views and instructed Premier Kuo-hwa Yu and Minister of Education Huan Li to do a feasibility study.

The Foundation’s mission involves more than supporting and encouraging research in Chinese Studies, but also encompasses promoting international scholarly exchanges. Under the leadership of former Chairmen K. T. Li, Kuo-hwa Yu, and Yih-yuan Li, as well as current Chairman Kao-wen Mao and President Yun-han Chu, the Foundation has striven diligently over the past 24 years to adhere to the principle of awarding grants solely on the basis of academic merit, while also promoting the globalization of academic research. The Foundation has earned a sterling reputation, while its support of international scholarly exchange has resulted in numerous concrete achievements. Today the Foundation stands as a model grant-making organization, while also working to promote leading research projects in Chinese Studies. 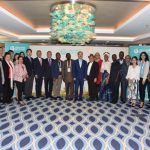 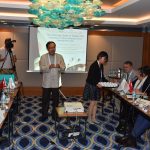 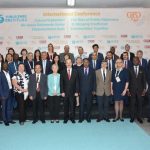 Cultural Diplomacy will Bring Peace to the World
5 months ago

Resolutions of the 4th Board Meeting of the Global Public Diplomacy Network Oct 31, 2017
5 months ago

Conclusions of the 3rd Board Meeting of the Global Public Diplomacy Network Sep 29, 2016
5 months ago