The 6th General Assembly of Global Public Diplomacy Network, popularly known as GPD Net, witnessed a kick off start at Cultural Village Foundation – Katara, Doha – Qatar, from 20th – 22nd January, 2020. Under the presidency of Qatar, eight new countries namely Bosnia, Cuba, Georgia, Kenya, Malaysia, Serbia, South Africa and Ukraine have joined the Network. With this, GPD Net is a successful network of 22 countries now. The importance of soft powers is well recognized by MoFA-Qatar. On the opening day of the event, during his address,  HE Dr. Ahmed Bin Hassan Al Hammadi, Secretary General MoFA, stressed on the fact that public diplomacy is advancing today and becoming the bridge for communication between nations. It is an instrument for change towards the best in mutual relations.

Three days of General Assembly had three major events packed with lots of action and activities. First day was the day of the International Conference of Public Diplomacy. Katara organized this Conference in association with Qatar University, and it witnessed various presentations and panel discussions from the ace speakers across the globe. The key agenda of this Conference was to established the fact that a lot can be achieved by utilizing the hidden potential of soft powers.

The second day of the General Assembly was the day of the Workshop for youth. “Connecting Dots” an interactive Workshop on digital diplomacy. Digital networking is a modern revolution and social media is an essential component to it. The key objective of organizing this Workshop was to effectively explore the strong domain of social media to engage, educate and empower youth about soft powers of global public diplomacy. The entire Workshop was planned in such a manner that every discussion ends into opening a window for the next subject. Participants of the workshop were including University students, professors, ex-diplomats, professional from leading organizations, etc. creating an environment allowing free flow of ideas and exchange of experiences through various presentations, activities and interactive sessions. Altogether, it was a day full of information and highly beneficial for your social media journey.

On the third day of the General Assembly, delegates and representatives of member countries brain stormed on many new projects based on culture and education, evaluated the efforts of Qatar in supporting public diplomacy globally, exchange of knowledge and connecting nations through the power of social media. The 6th General Assembly also witnessed the launch of the new electronic portal for GPD Net in the presence of delegates from the member states. It is an initiative by Katara, Qatar. This new portal will be dynamic in nature and would act as a bridge to provide information amongst all the member countries.

Lorem Ipsum is simply dummy text of the printing and typesetting industry. Lorem Ipsum has been the industry’s standard dummy text ever since the 1500s, when an unknown printer took a galley of type and scrambled it to make a type specimen book. It has survived not only five centuries, but also the leap into electronic typesetting, remaining essentially unchanged.

All interviews and statements of attendees

Newspaper and other media coverage and reports 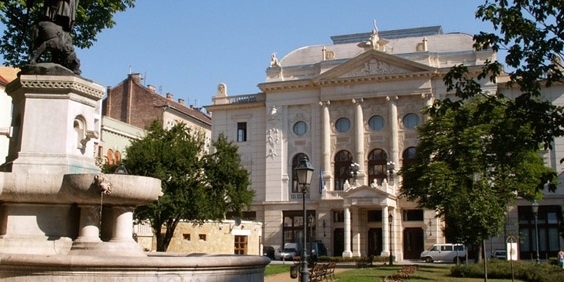